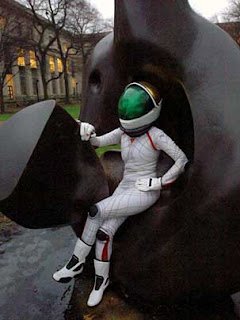 Law of vacation physics: your body arrives back at work before your head.

Never mind. I just took a quick spin around blogspace (and elsewhere) to grab a small handful of noteworthy items from during my hiatus. (Can I go away again in August?)