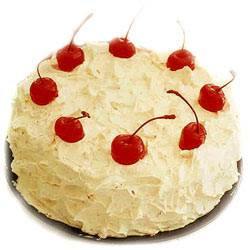 Go ahead, have a slice of this yummy cake. As EADS Astrium chief executive Francois Auque said, "Space tourism is the cherry on the cake." Also, this week marks the third anniversary of Scaled Composites' SpaceShipOne nailing the world's first private human spaceflight (June 21, 2004). Sweet.