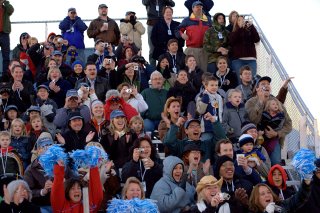 To Jeff Bezos and the upwardly mobile crew at Blue Origin, gradatim ferociter indeed! With the Goddard test launch (and party) scenes now available for public view (yes, res ipsa locquitor, too ;), Blue should expect a bunch of job applications from some seriously talented engineers. And maybe a few space lawyers, too.

Space Politics has some updates on committee reorganization and assignments and the newly renamed Science and Technology Committee of the 110th Congress.

Don't call a space lawyer: Thankfully, no injuries or damages resulted when pieces of a Russian SL-4 rocket reentered the atmosphere early yesterday morning and rained space junk on Wyoming and Colorado. (But the surprised and delighted on-air crew at Good Day Colorado captured some cool live video, which they believed was a meteor shower).

Speaking of falling objects, don't call a space lawyer, investigators are still unsure about the nature or origin of the mysterious golf-ball sized metallic rock-like thingy that crashed though the roof, bounced off the floor and embedded into the wall of a home in New Jersey. But reports say it was not part of the Russian rocket. Or a plane. (For now, here's how you tell if something is a meteorite. Via Slate.)

Speaking of mysterious objects that may or may not be from space, don't call a space lawyer, an alleged "flying saucer-like object" that may or may not have almost landed at O'Hare Airport in November will not be investigated by the FAA. The agency blames any such sighting on weird weather. Besides, FAA says over at AST it's got its hands full of enough real spacecraft already.

Elon ("We have no serious competition") Musk will fly Virgin Galactic. (Personal Spaceflight)

Reminder: Deadline to submit your comments on the Draft Space Assets Protocol is Feb. 15, 2007.

People for Aerospace wants New Mexicans to get excited about new space jobs (if not new spaceport taxes).

Jeff Foust reports that a major change in UK space policy may be coming.

Ryan Zelnio reviews writings about exports controls at the end of the cold war and the impact of US export policy on space business in Canada.

With the arrival of Baby James, looks like we're in for a new kind of Jonny blogging ;)

Speaking of the next generation, none of The American Lawyer's Young Litigators Fab Fifty of 2007 are space lawyers. Consider this good news. (free Law.com sub. req'd)

And for my niece, Eden, a Sports Illustrated profile of Summer Williams, aerospace engineer working with NASA who happens to moonlight as an NFL cheerleader (for the Houston Texans, who else?) Summer says, "Beauty doesn't last forever," and "I'd much prefer people speak of me as an engineer." (Yes, and if this dual career thing doesn't work out, well, there's always law school.) Go team! (Via NASA Watch)

And for your weekend viewing, some lovely, nostalgic space settlement art, via Transterrestrial Musings (via The Speculist via Accelerating Future via...). Not necessarily for old L-5ers, either ;)

* * *
Image credit: Blue Origin - family and friends cheering on the Goddard launch. (And waiting for the boss to pass around that huge bottle of champagne he broke the cork in.) (Who doesn't want to work there?)